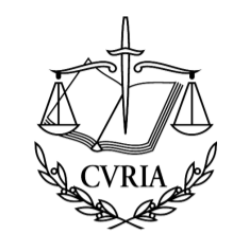 In 2015, Gömböc Kft. applied for the registration of a national Hungarian three-dimensional trademark for decorative items and toys. The sign was represented by a single view image of a homogenous stone-like object. This object is recognizable for the public in Hungary as a popular gadget that has the characteristic to always fall into the same position, which apparently is a mathematical discovery. The Hungarian Intellectual Property Office refused registration of the application on the basis that the shape of the good is necessary to obtain a technical result.

After the appeals were dismissed in first and second instance, Gömböc Kft. brought an appeal before the Kúria (Supreme Court of Hungary). The Supreme Court of Hungary raised three preliminary questions, asking the ECJ to clarify the interpretation the grounds of exclusion for signs that consist exclusively of the shape of goods that are necessary to obtain a technical result and that gives substantial value to the goods (Articles 3(1)(e)(ii) and (iii) Trade Mark Directive 2008/95 respectively).