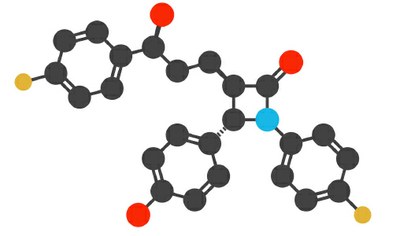 2. Judging by these principles, the Chamber is convinced that the Injunction Certificate II will not prove to be sufficiently legally valid. The odds are that the Injunction Certificate II will be declared null and void, Art. 15 Abs. 1 a) SPC Regulation. Although the contested product ezetimibe in combination with simvastatin is protected by the Basic Patent (Art. 3 a SPC Regulation; see a), a certificate—Certificate I—has already been granted to that end. This means that the condition of Art. 3 c) SPC Regulation has not been met. The case law of the CJEU establishes the certificate-specific requirements of the invention's core as part of Art. 3 c) SPC Regulation. The combination ezetimibe/simvastatin does not constitute the invention's core under the Basic Patent (see b).

(…) b) However, the condition of Art. 3 c) SPC Regulation has not been met. Certificate I has already been granted for the contested combination of active ingredients ezetimibe and simvastatin, because ezetimibe represents the sole subject matter of the protected invention in a certificate-specific sense. The combination of the active ingredients ezetimibe and simvastatin does not constitute the core of the Basic Patent's technical teaching (see aa), which must be given a separate protection certificate (see bb). Neither does this assessment oppose the differentiated picture painted by the case law of the member states (see dd). (…)

In its rulings Actavis/Sanofi (GRUR 2014, 157) and Actavis/Boehringer Ingelheim (GRUR 2015, 658), the CJEU independently defines what it means by protection "as such". Art. 3 c) SPC Regulation in circumstances in which a supplementary protection certificate was already granted for a new type of active substance based on the protective patent and an approval for the marketing of an individual formulation that contains it which made it possible for the patent holder to object to the utilization of this active substance, alone or in combination with other active substances, is to be interpreted in such a way that it is, according to this regulation, not permitted to grant the holder based on the same patent, but a later approval for the marketing of another pharmaceutical product which contains the named active substance together with another active substance which is as such not protected by the patent, a second supplementary protection certificate for this active substance combination (cf. CJEU, GRUR 2014, 157 - Actavis/Sanofi marg. no. 43). Within the framework of Art. 3 c) SPC Regulation, the CJEU also points out that the product (the active ingredient/the combination of active ingredients) "as such" constitutes the central advance of the invention covered by the Basic Patent. The product should be the core of the invention (CJEU, GRUR 2014, 157 - Actavis/Sanofi, marg. no. 30). The active ingredient must form the sole subject matter of the invention protected by the patent (CJEU, GRUR 2015, 658 - Actavis/Boeringer Ingelheim, marg. no. 38 et seq.). Even if the result of the interpretation of the Basic

Patent is that it protects the product (the active ingredient/the combination of active ingredients) in accordance with Art. 3 a) SPC Regulation, the product in accordance with Art. 3 c) SPC Regulation is entitled to a supplementary protection certificate only if it constitutes a core inventive advance on the priority date (cf. CJEU, GRUR 2014, 157 - Actavis/Sanofi). (…)

bb) According to these principles, the combination of ezetimibe and simvastatin does not constitute a product as such which embodies the central advance protected by this Basic Patent. The invention's core is only to provide the new active ingredient ezetimibe. But Certificate I has already been granted for this product. To this extent, the prerequisite in accordance with Art. 3 c SPC Regulation for granting Injunction Certificate II has not been met.

(…) (1) The present case constitutes the arrangement already judged by the CJEU, in which the combination of the first active ingredient (ezetimibe) and the second active ingredient (simvastatin) features an exclusively additive effect as opposed to the straight active ingredients. The therapeutic effect of ezetimibe consists in inhibiting the intestinal absorption of cholesterol.Purely additively, the combination with simvastatin means that the amount already reduced by ezetimibe, which arrives in the liver, will be broken down more rapidly. This leads to a strengthened reduction of LDL cholesterol. This was also proven by the study shown in the approval procedure for EZETROL®. A dose of 10 mg of simvastatin reduces LDL cholesterol by 27%, while a dose of 10 mg of ezetimibe achieves a reduction of 19%. The effect of the combination preparation with 10 mg each of simvastatin and ezetimibe, which achieves a 46% reduction, is obviously purely additive. In light of the fact that claim 17 of the Basic Patent names eight statins other than simvastatin, the danger exists, comparably to the Actavis/Sanofi case, that, besides the combination of ezetimibe with simvastatin, protection certificates would need to be granted for eight more combination preparations, which would be irreconcilable considering the weighing of interests of the pharmaceutical industry and those of the public health (cf. CJEU, GRUR 2014, 157 - Actavis/Sanofi, marg. no. 41). It is not apparent that simvastatin has any more added inventive value than the other statins. This is also confirmed by the statements of the privately obtained expert opinion Assmann (cf. privately obtained expert opinion Assmann dated 24 August 2015, marg. no. 37, Exhibit HL 6a; privately obtained expert opinion Assmann dated 22 May 2018, marg. no. 37, Exhibit HL 18a), according to which the effectiveness of ezetimibe to further reduce the LDL cholesterol level was evident when combined with lovastatin, pravastatin and atorvastatin besides the combination with simvastatin. (2) But even if one recognises (along with the Chamber) technical achievements and effects instead of purely synergistic effect, it is not apparent in the case at hand that the reduction of side effects through the combination preparation constitutes the inventive core of the Basic Patent. At no point does the Basic Patent address the fact that the side effects of simvastatin can be avoided by adding ezetimibe, since the amount of simvastatin to be administered can be reduced by the amount of ezetimibe to be administered. It is also untrue that ezetimibe directly counteracts the side effects of simvastatin. Instead, the reduction or avoidance of side effects results from the reduction of the dose of simvastatin by being combined with ezetimibe, and thus is ultimately based only on the additive effect. Neither can this be surmised from the general dosing information in paragraph [0093] (=paragraph [0066]), which corresponds exactly to the dosing of simvastatin as a mono-preparation.